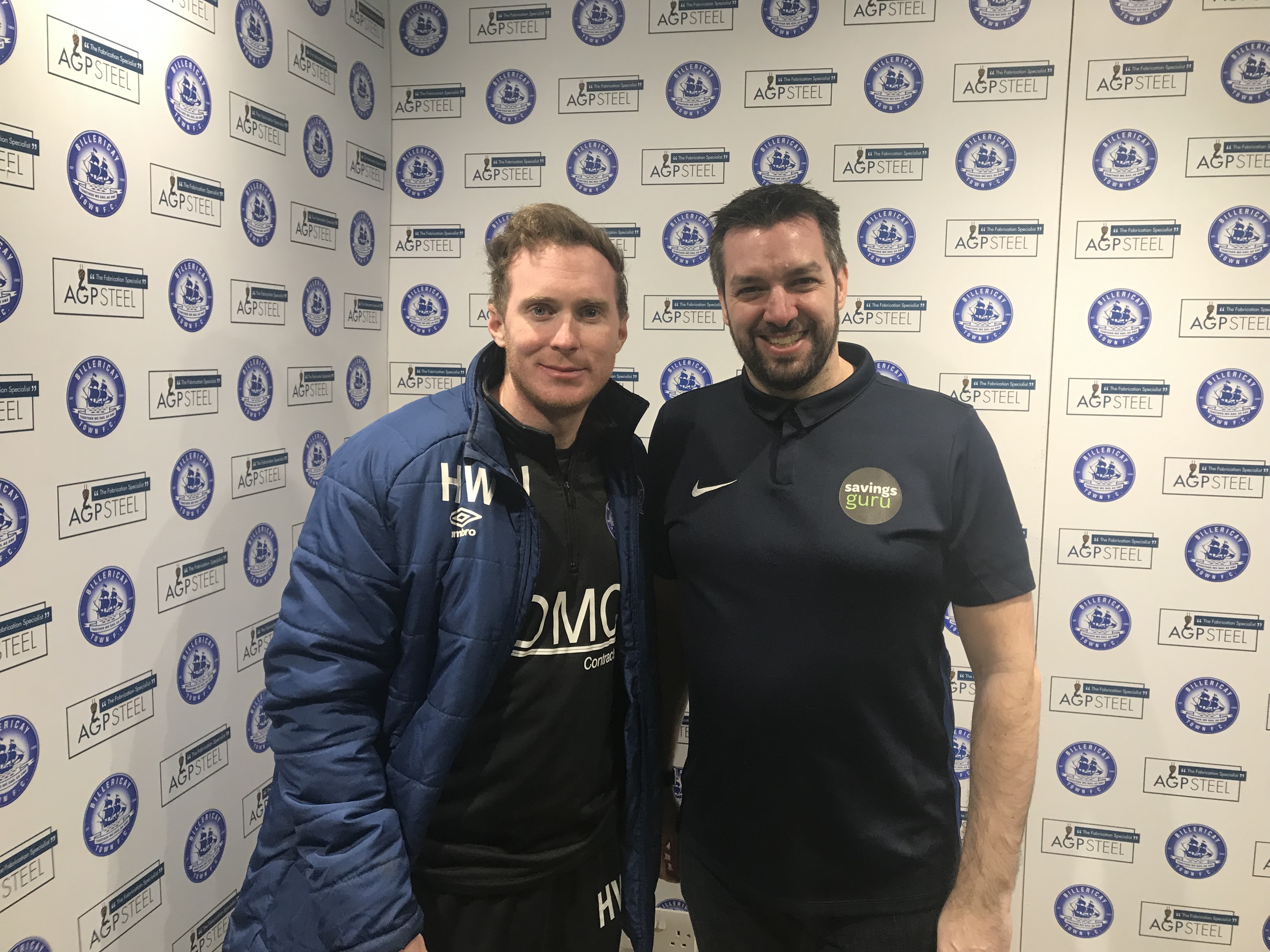 Savings Guru are proud to be a sponsor of Billericay Town FC, who play in the National League South.  This season, the firm are a sponsor of talented young manager, Harry Wheeler, who at just 23 became one of the youngest coaches to hold the UEFA A licence. 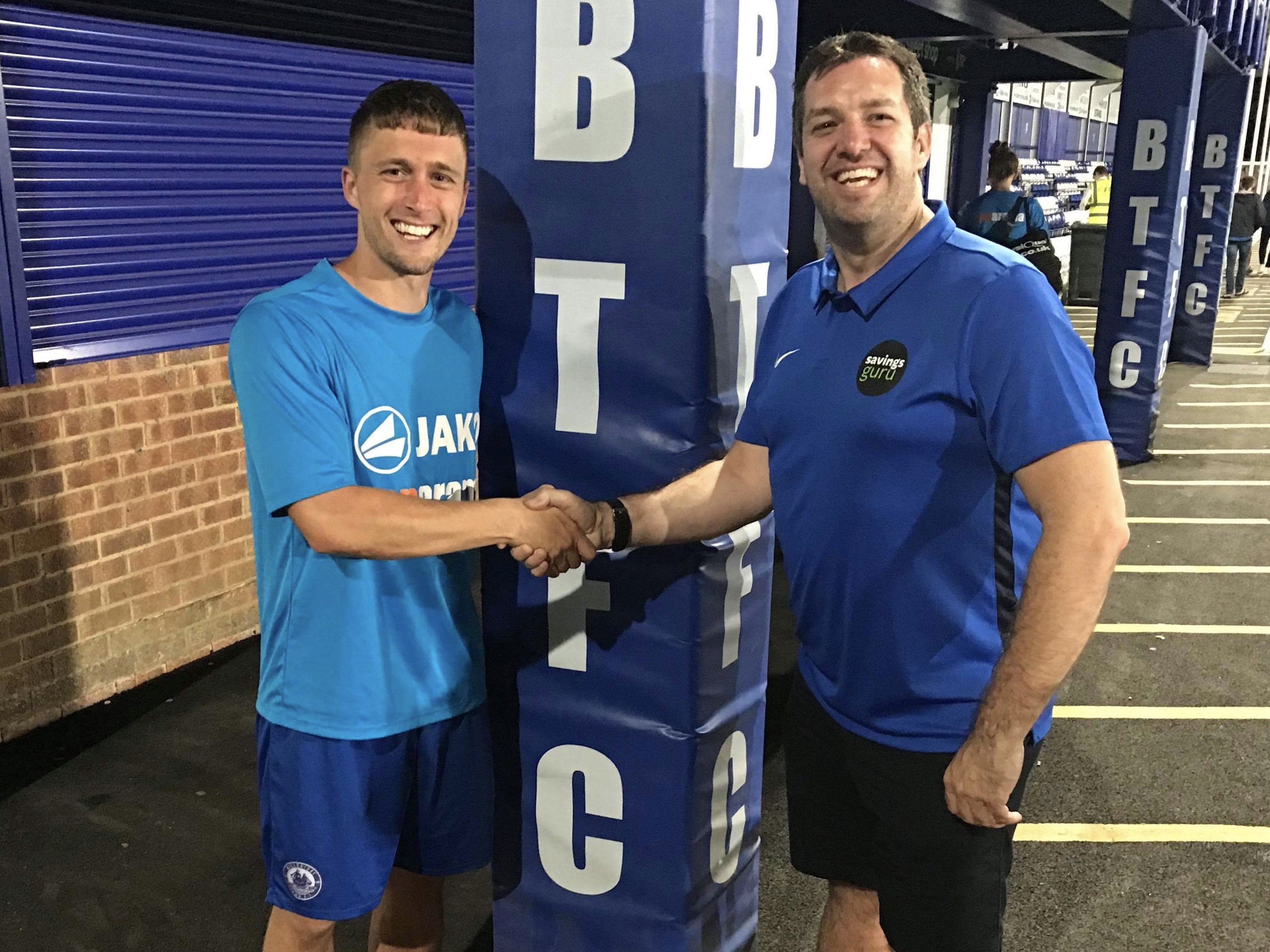 Savings Guru have agreed to support Billericay based charity BOSP in 2018-19.

As part of their sponsorship of Billericay Town FC, striker Jake Robinson was sponsored by the firm for the 2018-19 season with Savings Guru agreeing to donate £10 to BOSP for every goal the forward scores in all competitions for the club.  Robinson joined Billericay for a (then) club record fee in 2017 with the former Brighton striker scoring a phenomenal 57 goals last season including the goal of the season from inside his own half away at Dulwich Hamlet.

Sadly, Robinson was sold at the end of 2018 by Billericay to Maidstone United with the forward on an incredible 17 goals for the season, despite a month out with injury!  A cheque for £170 was presented to BOSP to mark this.

Savings Guru also held a raffle at the 2018 Billericay Christmas Market, raising a further £100 for the charity who look after over 600 children and young people with very serious disabilities all over Essex and rely 100% on donations.

It is hoped that further initiatives will be announced shortly, once discussions with Billericay Town FC have concluded on the sponsorship arrangements in light of Robinson’s departure. 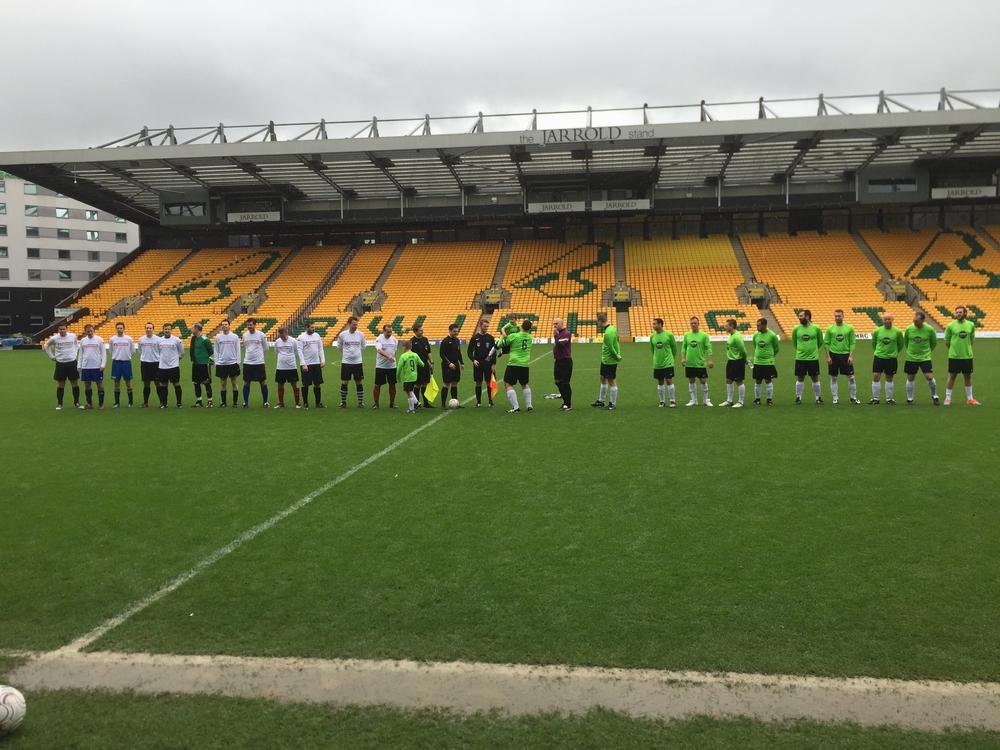 Savings Guru FC is a team of industry professionals who predominantly work in savings within the banking sector.  They play a regular fixture against the Financial Scribblers FC, a team of personal financial journalists from the national media.

Their inaugural game against The Scribblers was played at Norwich City’s Carrow Road Stadium in May 2015.  In a close match, The Scribblers ran out 3-2 winners.

In 2017, they played at Southend United’s Root’s Hall Stadium and, in another close game, ran out 4-1 winners against The Scribblers with Savings Guru founder, James Blower, winning and converting a 90th minute penalty to seal victory.  James is pictured with the match officials and Scribblers captain, Simon Read.

Plans are already underway for the 2019 fixture! 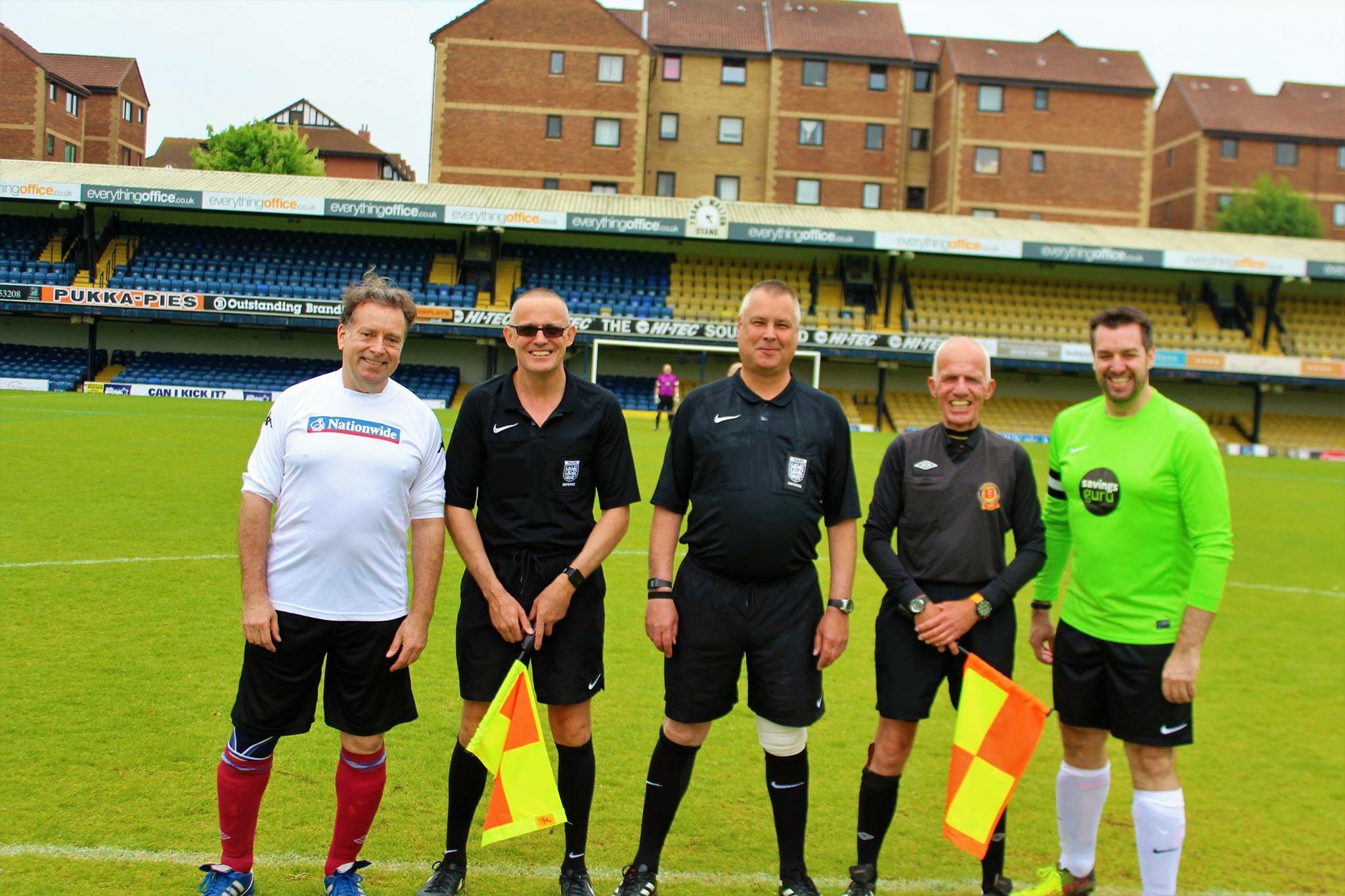 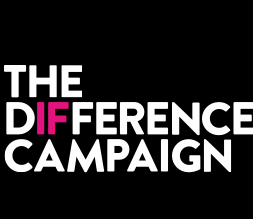 We are proud to make a monthly donation to this scholarship fund. The fund supports undergraduates from the UK, who live in households with an income of under £30,000 per annum, with financial support towards the costs of their study.